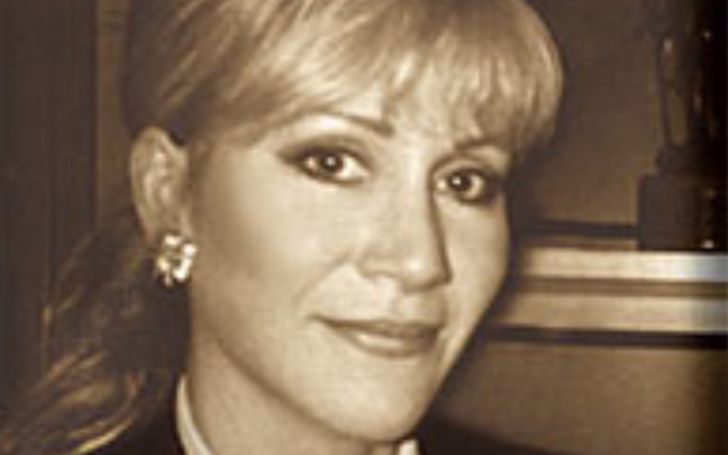 Aissa Wayne, an American-born actress, is popular for her works in the movies and TV shows The Alamo, McLintock!, and Hollywood Greats. Well, she is the daughter of well-known celebrities John Wayne and Pilar Wayne. Currently, she is in a marital relationship with her husband Richard Putnam Robinson.

Born Aissa Wayne in 1956, in Burbank, California, she is an American by nationality and belongs to the white ethnic background. She shares the birth sign, Aries. She is the daughter of John Wayne and Pilar Pallete.

Aissa’s father was also an actor, filmmaker of American nationality, and recipient of Presidential Medal of Freedom whereas her mother was a Peruvian actress. Her parents were married in 1954 and were together until the death of her father in 1979.

The actress has not shared many details regarding her early life and education. She spent most of the childhood days in her hometown.

As of 2019, the American beauty is married to Richard Putnam Robinson. The couple wedded on March 16, 2002, in a private ceremony. They have not shared much about their first meeting and not updated about their recent relationship status. Together, they don’t share any children.

Aissa Wayne’s Net Worth and Career

The 63-year-old actress, as of May 2019, owns a net worth close to $3 million, similar to stars Tygh Runyan, Toukie Smith, Margo Harshman. She has earned a decent amount from her career as an actress.

Similarly, his father, at the time of his death owned a huge asset worth $50 million, while her mother, age 90, also worth in millions of dollars.

All things considered, she publicly endorsed Donald Trump in the Republican primaries for the 2016 US presidential election. Aissa might have involved various other brands and endorsements deals but has not mentioned regarding that.

Well, the beautiful actress debuted her career back in 1960 from the film The Alamo, portraying Lisa Angelica Dickinson. The movie starred John Wayne, Richard Widmark, Laurence Harvey, and Frankie Avalon, among others.

In 1963, she appeared in the movie McLintock!, starring John Wayne, Maureen O’Hara, and Patrick Wayne, among others. Likewise, Wayne made a guest appearance in an episode of the TV series Hollywood Greats from 1977-1979.