Who Is Anwar Hadid? Know About His Age, Height, Net Worth, Body Size, Personal Life, & Relationship 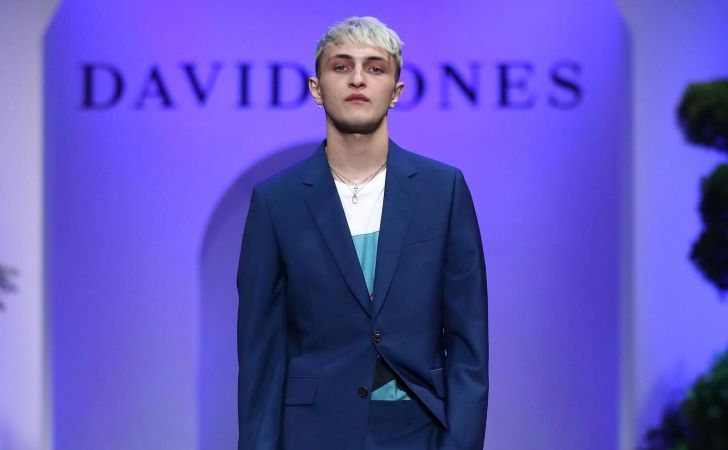 Body and Relation Status of Who Is Anwar Hadid? Know About His Age, Height, Net Worth, Body Size, Personal Life, & Relationship

Born and raised in Los Angeles, Anwar Hadid is an American model and television personality. He is best known for his family with mother and both of the sister being models. He is one of the popular models with the fan following of 2.6 million on Instagram.

As for siblings, he has two sisters; Gigi Hadid and Bella Hadid and two half-sisters from father’s previous marriage; Marielle Hadid and Alana Hadid. He belongs to American nationality and white by ethnicity. His birth sign is Cancer. He along with his sisters grew up in a farm in Santa Barbara later moved to Malibu.

As for academic qualifications, Hadid studied at Malibu High School and then joined to Westmark School. He had an interest in sports and played soccer and football during student life.

Anwar has tattoos in a different parts of his body. He inked his birth year 1999 below the neck, on the back. On the left at the back, he has the tattoos of a bird and rose flower. Moreover, he inked several tattoos such as “Same but different”, love, “I LOVE YOU MY ANGEL”, “=AND SO= =IT IS=” and many more.

The American model is currently in a relationship with British singer Dua Lipa. In June 2019, Hadid showed his work in music to Lipa who is the friend of his sister Gigi. After a month, the pair attended the Nordoff Robbins O2 Silver Clef Award where Anwar was spotted kissing Dua on the cheek.

On July 6, 2019, the couple went to the British Summer Time Hyde Park music festival in London together. In the event, Anwar embraced Dua around his arms and spotted kissing. So, we can guess that the pair are madly in love with each other.

Hadid was previously in a relationship with Transformers: Age of Extinction actress Nicola Peltz. The couple started dating since December 2016. They announced their relationship by uploading the picture of two getting cozy on Instagram. However, they broke up in May 2018.

In addition, he had a romantic relationship with other celebrities such as Kendall Jenner and Sonia Ben Ammar.

According to a few online sources, the American model has accumulated an estimated net worth of $3 million as of 2019. Most of his wealth comes from modeling for various brands, photography in many editorials and other endeavors.

Moreover, he is one of the popular male models with a high amount of salary. He has an annual salary of $150,000. Moreover, he is associated with many endorsements.

Moreover, Anwar owns a Land Rover Range Rover that has the starting price of $177,000. He also has a custom made vintage looking car in white which must have cost thousands of dollars. With the huge wealth, he lives a lavish life.

Hadid debuted in modeling in the October 2015 issue of Nylon Magazine. With the popularity, he started appearing on the cover of various magazines including Teen Vogue.

In January 2017, he became the face of Hugo Boss Menswear’s HUGO line. Moreover, he worked as a runway model for Zadig & Voltaire in New York Fashion Week in February 2017.

Later, Hadid signed a contract with IMG Models along with his sisters. Moreover, he appeared on the cover of YOUths fashion editorial for Paper Magazine in April.

In addition, he starred on The Real Housewives of Beverly Hills.

Who is Anwar Hadid?

Anwar Hadid is an american model and television personality best known as the family of models.

How old is Anwar Hadid?

How tall is Anwar Hadid?

How much is Anwar Hadid?