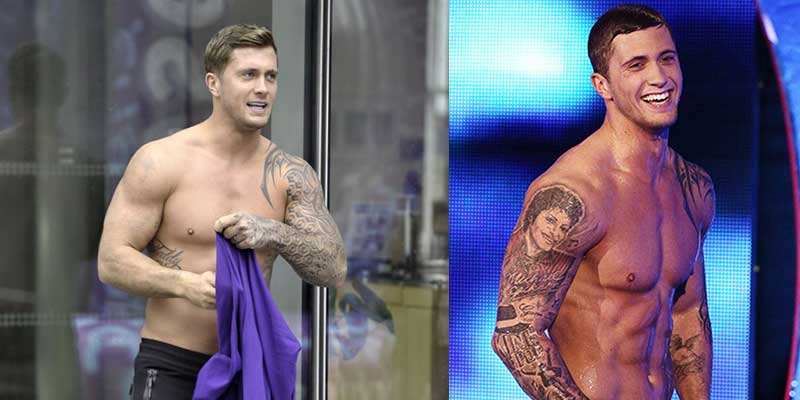 Dan Osbourne is covered with head-to-toe tattoos, but the prominent one was his arm tattoo.

The Celebrity Big Brother hunk had an enormous sleeve tattoo in tribute to the late Grammy Awarded singer Michael Jackson, who passed away in 2009. However, the massive tattoo has almost completely vanished from his arms when he posted a picture on Instagram on March 23, 2017.

Osbourne is reportedly a huge fan of Jackson and stated that his childhood videos are filled with him dancing to the music of King of Pop and dressing up in the Billie Jean outfit for most childhood fancy dress parties.

So, why did he remove the tattoo of the person he looks up to during the formative years? Does it have something to with the allegation against Michael Jackson? Or, has he grown out of one of the greatest entertainers in the history of music? All the details in the article!

Osbourne shocked the media outlets with an almost non-visible sleeve tattoo picture posted on Instagram. The picture snapped along with his daughter Ella showed his left still covered in tattoos with a caption, “Having breakfast with my beautiful little girl this morning before preschool.”

However, most of his followers were pretty much preoccupied with the meal on the table saying, “his toast looks a little burnt,” “turn the toaster down next time.”

And others pointing out his daughter drink that appeared to be a bottle of fruit juice.

Nevertheless, the disappearance of Michael Jackson's face along with the outline of Jackson dancing and King Of Pop and Gone inked on his arm caught the eye of media.

It must be noted that the reality star had revealed his desire to remove Michael Jackson’s face tattoo back in 2016.

In the interview with OK! Online, he stated, “I am getting my Michael Jackson sleeve tattoo removed because I want to get into acting.” Further, he added, “The pain is so bad! I would not get the kid's names removed, though; they will just have to be covered up with make-up.”

According to The Sun, The Only Way Is Essex star disclosed the plan to get his entire arm tattoo removed before the wedding with Jacqueline Jossa.

The pair have been dating since 2013. Jacqueline and Dan tied the knot in 2017 after two years of being engaged with each other.

The Sun wrote, “Dan decided the best way to start fresh would be to get his whole sleeve removed so he could have a blank canvas to work off again.”

When Did He Get The Tattoo?

Osbourne, at age 17, devasted by the death of his favorite musician, set out to get a sleeve tattoo. The Splash! star wanted to give a tribute to Michael, so he felt that the sleeve tattoo would be a perfect way to do so.

However, in the initial, he only wanted to get one portrait, but later got carried away by the thought of filling his whole arm with other more than just a picture.

Osbourne had two portraits of Jackson, three silhouettes including a dancing pose and Gone Too Soon and a History lyrics on the inside of his bicep.

A documentary titled Leaving Neverland released on March of 2019 showed a story of two men, Wade Robson and James Safechuck, who confessed of being sexually abused as children by Michael Jackson..

Despite removing the tattoo, he supported the late singer in an interview with The Sun.

“To me, Michael Jackson is the greatest entertainer that ever lived. It seemed to me that he adored kids and cared about them because he was a real-life Peter Pan. I just don’t believe that Michael Jackson sexually abused children.”

However, he called it “not normal” that Jackson shared a bed with children but highlighted that he “didn’t have a normal childhood”.

“When he was with those children, he was just trying to do all the things he never got a chance to do – and that includes sleepovers.”

When asked if he would allow his children to stay at Jackson's house, he replied that he would not let his children stay “at any adult’s house, whether it was Michael Jackson or anyone.”

However, that does not imply that Osbourne believes the accusation as accurate.

Dan also added that he had not seen the documentary, so he couldn’t directly point out that the two accusers are liars given the sensitivity of the subject.

Osbourne has been a massive fan of Jackson since he was a child. When Michael was found innocent of the child molestation charge after Jordan Chandler dropped his charges, he was only 13 years old.

Osbourne clarifies that the tattoo removal has nothing to do with the allegation, and it neither means he has begun to dislike Jackson.

He just wanted to change because of the fantastic tattoos available in the present time. Dan reportedly underwent a laser removal treatment and currently has only a light outline visible in the removed area.