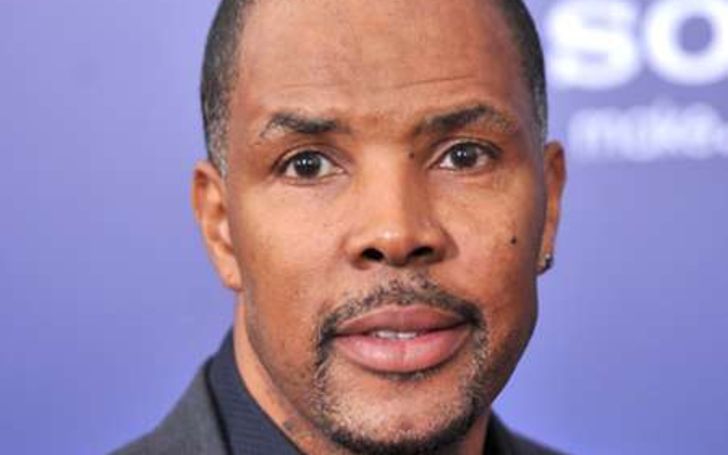 One of the famous American actor, director, writer and producer, Eriq La Salle is known for his performances in the movie Coming to America in 1988. Moreover, he is most notable for portraying the role of Dr. Peter Benton in the NBC medical drama ER. Through this role, he also earned three NAACP Image Awards and was nominated for a Golden Globe Award and three Primetime Emmy Awards.

Eriq La Salle was born on July 23, 1962, in Hartford, CT under the birth sign of Leo. He holds an American nationality and belongs to an African-American ethnicity.  He is the son of Ada Haynes (mother) but his father’s name is unknown.

Bringing it all the way back to what I’m assuming was my first crush. #tbt

Talking about the education, Salle completed his education from New York University’s Tisch School of Arts. He studied a Bachelor of Fine Arts degree from the Graduate Acting Program, in 1984.

The 56-year-old, Eriq is an unmarried man. Not much has been revealed regarding his personal life.

As per some sources, it was rumored that he was dating to Angela Johnson and the couple had got engaged, in 1998. But they no sooner get separated. Well, Eroq keeps his personal life secret.

The talented actor has an estimated net worth of $25 Million and earns a decent amount of salary of $27 Million from the TV series, ER (1999-2002). He played in several movies and television series through which he receives a good amount of money.

Even though I had to put my girl Bella down a few months ago, I'm still missing that unconditional love that she always shared. #lapdog

After his education, he started his career, Salle was cast in the production of Henry V. Also, he began in television drama One Life to Live as Mike Rivers.  In 1998, he starred alongside Eddie Murphy in the movie Coming to America as Darryl Jenks.

On March 14, 2009, he starred in the Hallmark Channel original movie, Relative Stranger. Also, he had minor roles as an actor in CSI: Cyber, The Night Shift, Madam Secretary.

In addition, he directed the episode “Wingman” in the Fox series Lucifer and the episode “Black and Blue” of TNT’s Murder in the First.