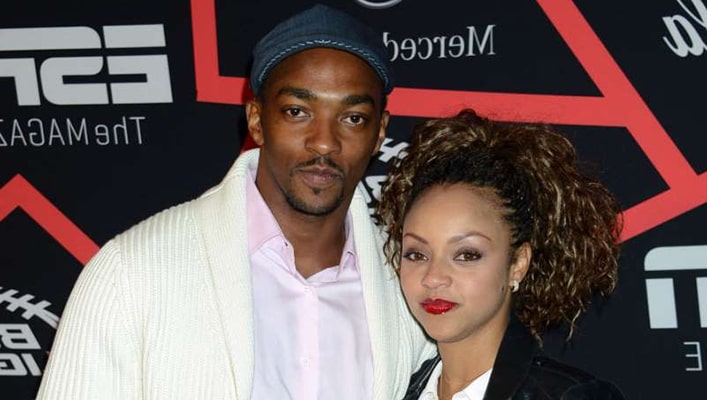 Anthony Mackie is famously known for his portrayal of Sam Wilson/Falcon in the MCU superhero film, Captain America: The Winter Soldier. The New Orleans native's years of acting has already established him as a household name. But, the actor is super private when it comes to his relationship stuff.

Mackie, 41, is not even active on social sites like Instagram and Twitter, which has further helped him to keep his relationship away from the media radar. But, we have found some exclusive details about his relationship and marriage. Read it till the end:

Marvel actor Anthony Mackie married his childhood sweetheart Sheletta Chapital. According to Hollywood Life, Mackie and Chapital got married in December 2014, but the news only hit the media six months later.

They tied the knot at the Hard Rock Hotel and Casino in Punta Cana, Dominican Republic. Surprisingly, their wedding wasn't private, and they have invited around 150 people, including family and friends. But, yet their wedding news couldn't reach the media for six long months.

The news came out when one of their friends told about the wedding. A close source told Page Six,

It was low key and super-relaxed. They had a welcome dinner. We golfed and drank. They went on a honeymoon soon after.

The couple is childhood friends who met in grade school. Mackie reminisced his first meeting with Chapital on The Queen Latifah Show saying:

It was funny. I was coming from a very bad school and going to a very good school. And when I walked into second grade it was Dr. Seuss Day, and we had the little hot plate out and the teacher was making green eggs and ham.

So I walked in and looked and I see this little girl with these ratty pigtails and skinny legs, and I was like, 'Wow!'

The couple started their partnership since then and remained on and off together for long. And they became committed to each other since the birth of their first baby boy in 2009.

Mackie and Chapital's decades-long relationship came to an end in 2017. The actor and his wife kept their split a mystery for long. As per the sources, they had an amicable divorce in 2017, however, it was only revealed in 2019. A source close to the couple told Daily Mail that Mackie filed for divorce in late 2017, and their divorce was finalized in 2018.

Mackie and Chapital share three children. They welcomed two children before their marriage and one after. TMZ reported they agreed to share the joint legal and physical custody, however, anything about the spousal and child support is not revealed yet.