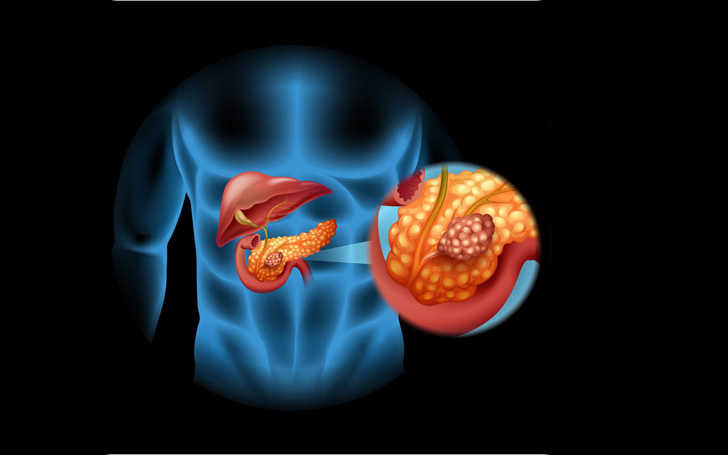 Pancreatic cancer is considered one of the rare and aggressive forms of cancer. Even the highly advanced medical technologies and specialists are unable to find the cure for the disease yet. According to the reports, more than 50,000 people contract the fatal disease every year in the United States, which is reportedly 3% of the overall cancer diagnosis. The disease has less than a 10% five-year survival rate and has already taken hundreds of thousands of lives. The list also includes some of the well-known public figures and celebrities. On today's episode, we will be talking about five of those celebrities who succumbed to pancreatic cancer.

First on our list is the founder and former CEO of Apple, Steve Jobs. Jobs was 48 years old when he was diagnosed with cancer in October 2003. Around a year later, he told his employees that he had a cancerous tumor in his pancreas. Jobs also revealed that he had a much less aggressive type of cancer, known as islet cell neuroendocrine tumor.

Jobs initially resisted the treatment, however, in July 2004, he underwent a pancreaticoduodenectomy to had the tumor removed. But, he didn't receive chemo and radiation therapy. He resigned as the head (CEO) of Apple on January 2011, however, he continued to work on the trillion-dollar company until the day before his death.

Battling pancreatic cancer for around eight years, Steve Jobs died at around 3 pm on October 5, 2011, at his Palo Alto, California residence. The cause of his death was revealed to be the relapse of the pancreatic tumor.

Aretha Franklin was an American singer-songwriter, pianist, and civil rights, activist. Franklin died on August 16, 2018, in Detroit from the pancreatic neuroendocrine tumor. Franklin was reported to be severely ill at her home in Riverfront Towers, Detroit, on 13 August 2018.

Franklin was under hospice care and surrounded by her friends and family while she took her last breath. Her ex-husband Glynn Turman, Stevie Wonder, and Jesse Jackson had visited her on her deathbed.

American actor, dancer, singer, and songwriter, Patrick Swayze was one of the well-known celebrities to suffer from pancreatic cancer. According to a report, he started having some trouble in his stomach in late December 2007 after filming the pilot episode for The Beast. He had a burning feeling in his stomach caused by a blockage of his bile ducts. Weeks later, in January, Patrick was diagnosed with stage 4 pancreatic cancer. Doctors reportedly gave him just weeks to live after the diagnosis.

Later, Patric traveled to the Stanford University Medical Center for chemotherapy. Doctors experimented with the drug vatalanib, which they hoped would cut off the blood supply to the tumor.

In May 2008, several tabloids reported that Swayze had undergone surgery to remove part of his stomach after the cancer spread. His condition improved, and in late May 2008, he was spotted at a LA Lakers basketball game, which was his first public appearance in months. In a July 2008 interview, Patrick said he was much better and was doing most of the things.

In an interview with Barbara Walter, which was aired in January 2009, Swayze revealed he had a "tiny little mass" in his liver, but assured he was having it removed. He had also been taking chemotherapy at that time, which caused him pneumonia and was hospitalized. On April 19, 2009, doctors informed cancer had metastasized to his liver.

Just months later, on September 14, 2009, Swayze died at his home with his family at his side. His representative reported the actor died of complications of his pancreatic cancer in a statement.

Alan Rickman was an English actor and director was famously known for his role as Vicomte de Valmont in Les Liaisons Dangereuses. Rickman was diagnosed with pancreatic cancer when he was hospitalized following a minor stroke in August 2015. He had only revealed his diagnosis to his closest confidants.

Sir John Vincent Hurt a.k.a John Hurt had an illustrious acting career that spanned for more than 50 years. He was famously known for his role as Richard Rich in A Man for All Seasons.

Hurt, on June 16, 2015, announced he was diagnosed with early-stage pancreatic cancer. He underwent a series of treatments while he also continued working as an actor. Furthermore, the actor had said both he and hid doctors were "more than optimistic about a satisfactory outcome." He also underwent surgery and said his cancer was in remission on October 12, 2015.

On 25th January 2017, three days after his 77th birthday, Hurt died at his home in Cromer, Norfolk, surrounded by his family.