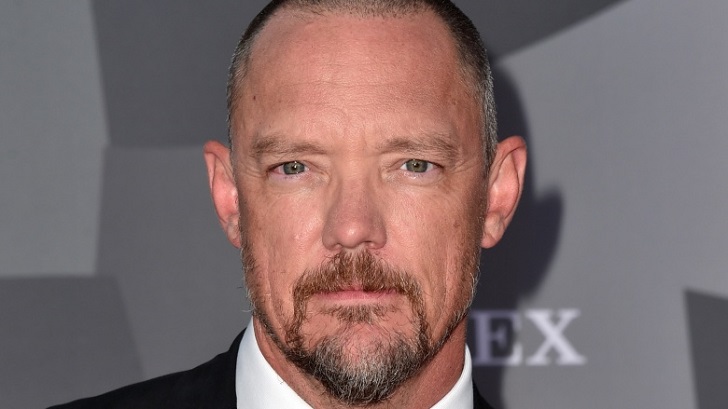 Here are seven facts to know about Lillard.

Matthew Lillard is currently 50 years old. He was born on January 24, 1970, as Matthew Lyn Lillard in Lansing, Michigan, US. Talking about his height, Lillard stands 6 feet and 3½ inches (1.92 m) tall.

Het grew up in Tustin, California, with parents, Paula and Jeffrey Lillard, and a younger sister, Amy Lillard. His sister, Amy, is a producer and has worked in movies as The Three Stars, Breathing in Wartime, Driver's Ed.

Lillard Was The Classmate Of, Paul Rudd

The 50 years old actor attended the American Academy of Dramatic Arts with fellow actor Paul Rudd and graduated in 1990. He went on to start the Mean Street Ensemble theater company with a friend. The company remained open until 1991.

After that, Lillard relocated to New York and enrolled in Circle in the Square. Moreover, he also attended Fullerton College in California for a brief time with the theater department. He stayed in Tustin until he graduated from Lillard Attended Foothill High School.

Was Cast On Scream By Chance

Matthew played as Stuart "Stu" Macher in the 1996 American comedy slasher film, Scream. However, the production team had not tapped him for the role.

Instead, he was called by the casting director after she saw Lillard while he was accompanying his then-girlfriend to a separate audition, which just happened to be in the place where Scream audition was taking place. Lillard also had an uncredited cameo in the second installment of the Scream film series.

Played As Shaggy In live-action Scooby-Doo

Lillard appeared as Norville "Shaggy" Rogers in the 2002 live-action Scooby-Doo film. He later reprised the role in the sequel Scooby-Doo 2: Monsters Unleashed. He was also chosen to voice Shaggy in the animated series Mystery Incorporated and Be Cool Scooby-Doo! after the original voice actor, Casey Kasem, retired because of health-related issues.

Moreover, Lillard has also voiced Shaggy in every direct-to-DVD film since 2010's Scooby-Doo! Abracadabra-Doo. However, in the computer-animated 2020 Scooby-Doo reboot Scoob!, Shaggy was voiced by SNL alum Will Forte.

Matthew Lillard plays as Dean Boland in the crime comedy-drama television series, Good Girls. He is seen as Beth's cheating car salesman husband. Later, he gets involved in a  grocery store robbery to fix his mistakes.

How Much Is Matthew Lillard's Worth?

Matthew Lillard's net worth is estimated to be around $1.5 million, as per Celebrity Net Worth. His career as a professional actor can be credited to the estimated amount.

Besides, he has also worked as producer and director in a handful of movies, which has helped him to amass $1.5 million worth of fortune.

Matthew Lillard is married to Heather Helm since August 12, 2000. Helm and Lillard have three children together. Their first child, a daughter, Addison Grace Lillard, was born June 13, 2002, in Los Angeles.