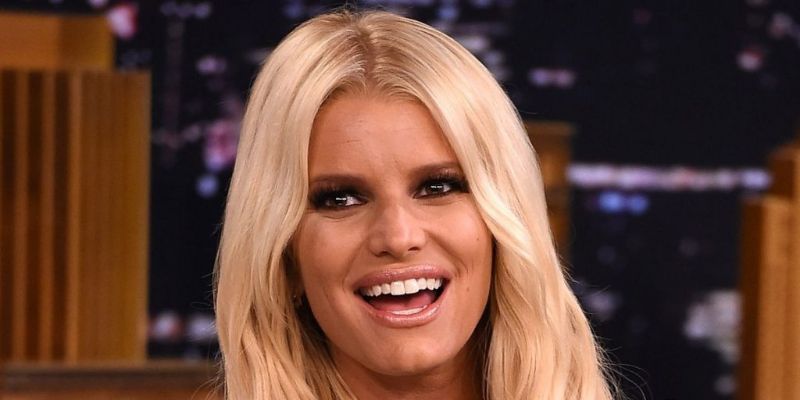 An international star Jessica Simpson took the music and fashion industry by storm in the 2000s.

The weight loss photo she posted on her Instagram on September 24, 2019, caused a similar turmoil, and every media outlet started gushing over her physique. The image that showcased her 100-pound weight loss came six months after she gave birth to her third child.

But how exactly did she go to 140 pounds from tipping the scale at 240? All details related to her weight loss in the article!

Jessica Simpson Flaunting Her Body After The Birth Of Third Baby

In March 2019, Jessica and her husband, Eric Johnson, welcomed their third child together. They have named her Birdie Mae Johnson.

Along with Birdie, Jessica has a daughter, Maxwell Drew, and a son, Ace Knute.

During the pregnancy, her weight had amounted to 240 pounds.

She posted a picture on September, six months after the pregnancy, amazing her 5 million followers for dropping 100 pounds.

Everyone was curious about the regimen she followed for getting into shape. And, Jessica did not upset her fans by keeping it a secret!

Did You Know? Simpson was highly criticized for plastic surgery.

Her Weight Loss Plan; Details From The Trainer

Jessica weight loss diet was reportedly credited to the book The Body Reset Diet but she has been more vocal about the diet plan which she followed relentlessly in the period of six months.

In her first pregnancy with daughter Maxwell, she had gained 60lbs while in her second one she did her best to avoid the weight gain.

For the third pregnancy weight gain, she adopted a different tactic beside working on gym.

With her Trainor of 12 years, Harley Pasternak, she would usually focus on her workouts. However, Harley decided to come up with 'five daily behaviours' for Jessica that resulted in such quick transformation.

In an interview with Us Weekly, Harley revealed that Jessica put emphasis on "165 of the 168 hours a week when she was not working out" which according to him is the “most impactful time” for losing weight.

According to the Pasternak, the habit of taking 12,000 steps every day played a vital role in losing 100 pounds. And, it does not even necessarily need to be limited to running.

Jessica took the 12,000 steps daily by going for walks with her family or just walking on the treadmill watching TV. Either way, she just had to move her body in a non-intense way.

Sleep has always been an essential part of our life. In keeping our skin healthy to mental soundness, sleep is obviously prioritized in every problem. In addition to this, sleep helps in balancing our weight too.

Pasternak revealed that Jessica made sure that she got at least seven hours of quality sleep every night in the process of weight loss.

3. One Hour Of Distance From Technology

Hard to follow? Perhaps, but if you are committed to the routine like Jessica was, you will develop a habit to do so in just a matter of time.

According to the Harley, taking one hour break from phone and laptops is necessary because it helps in controlling the hormones in the brain that are overwhelmed by the blue light of the phone or by the vibrations and alerts of our technology. In addition to this, it also controls the cortisol that is released by the constant use of technology.

Just because you are on a diet doesn't mean you have to cut your meals and snacks!

Jessica did not have to diet in a tasteless and radical way as Harley puts it. She has a fondness for Tex-Mex flavored food so she stuck to the healthy version of Tex-Mex meals.

Moreover, he explains that meals give essential protein, fibre and healthy fat to the body while snacks provide protein and fat/fibre.

Simpson performed the workout three to four days a week. In each workout session, they would target different body parts.

Neverthelss, he clears out that Jessica "fantastic attitude" and hard work is what led the plans of losing weight to be successful.

So, adopting a low-sugar lifestyle, performing medium aerobic activity each day and eating a balanced diet without starving oneself is the secret to dropping 100 pounds of weight.