home Biography Kourtney Kardashian Dating a Boyfriend? All About Her Love Affairs &#038; Relationships

Kourtney Kardashian Dating a Boyfriend? All About Her Love Affairs &#038; Relationships 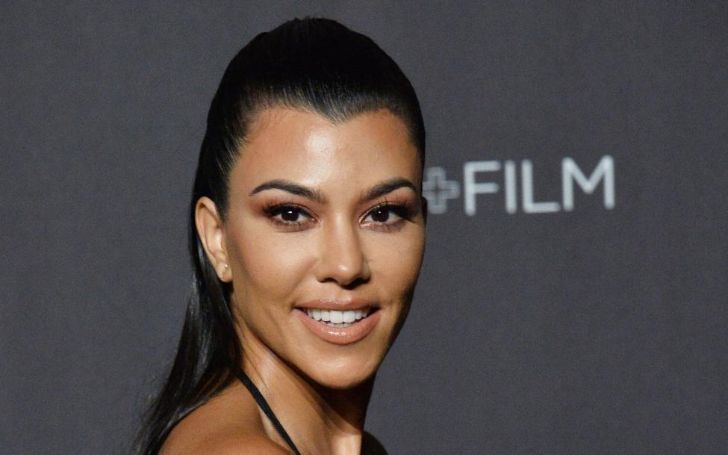 Body and Relation Status of Kourtney Kardashian Dating a Boyfriend? All About Her Love Affairs &#038; Relationships

Rumors have it that, Kourtney Kardashian is dating an anonymous guy. Who is the guy? Are they really dating? Let’s find out.

The 39 years old, reality star, Kourtney Kardashian was spotted side by side with a man named David Dee Duron on a dinner date on Thursday, January 24, 2018. Kourtney walked side-by-side him after dinner date that night.

The pair who left the Japanese hot spot with a smiley face is rumored to date each other. This date of hers with the man came just a week after she revealed that she wanted to be in love.

On the post, Kardashian revealed that she wanted to be in love through her Instagram story. She posted a picture of Julia Roberts from the 1999 movie, Nothing Hill. Also, not to forget her crying face emoji.

Before her appearance with the new man, Kourtney had a short snow trip with Luka Sabbat. She also had rumors of dating the guy. Is this true?

Kourtney Kardashian who is in her late 30s is yet to marry but talking about her affairs then she has gone through several. She first dated Scott Disick (an entrepreneur) with whom she has shared three children: Mason, Penelope, and Reign Disick.

North is always a mood 😂

The former together stayed in a relationship for more than nine years before splitting in July 2015. Even after the separation, the couple has stayed as a friend just to raise their children.

On December 2017, Kardashian, Scott and Sofia Richie (Scott Disick’s Current Girlfriend) were seen in a vacation together. Some of the close sources revealed that,

“It wasn’t a surprise that Sofia went away with them — it was a family trip. Sofia and Scott are together, they are in love and she’s part of the family now.”

After that, she started her relationship with model Younes Bendjima in 2016 but the pair couldn’t continue their romantic relationship for over two years. The pair broke up in August 2018.

After such, recently, Luka Sabbat and Kourtney went out on a trip together. The pair showed off their enjoyable vacation on their respective socials. The duo had their romance first rumored in September 2018, just a month after her breakup with former beau Younes Bendjima.

Even though the duo, Luka and Kourtney are seen together, close sources reveal that the pair is just friends and nothing more.

Then, is she dating the mysterious guy, she went out on a dinner date with? What are your thoughts on this?