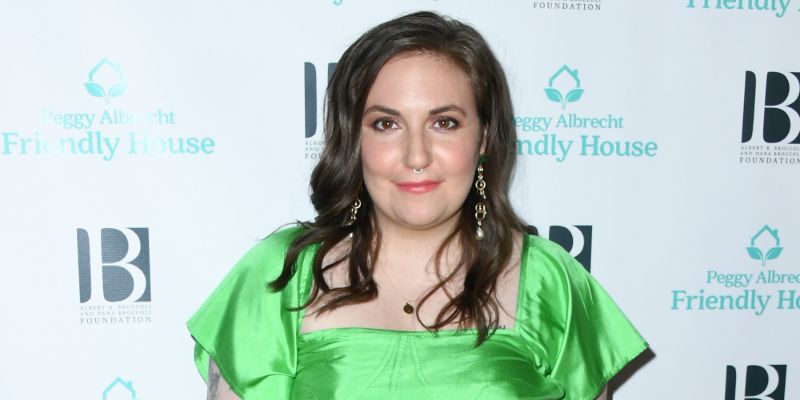 At a time when most celebrities are clamoring for a magic pill or a genie in a bottle to grant them their weight loss aspirations, Lena Dunham sets herself apart from the herd in that she does not care about her weight, nor does she care about what people have to say about her weight.

The poster child for body positivity, Dunham is as quirky in real-life as her character in the HBO comedy-drama, Girls, Hannah. But all is not sunshine and rainbows in her life- in fact, Lena's life has been plagued by hardships and heartbreak.

In this article, we chronicle the incredible journey of Lena Dunham from tragedy to acceptance.

Lena Dunham received flack from the same fans that saw her as the bastion of body positivity when she lost a ludicrous amount of weight in January 2018.

Fans felt betrayed that Lena wouldn't practice what she preached, but the truth was far more sinister. She was in a toxic relationship with the lead guitarist of the American rock band, fun, Jack Antonoff.

The relationship started in 2012, but things quickly turned sour for the two. In an interview, Lena even mentioned that Jack had "not touched her in a long time." They broke up in January 2018, which was around the time Lena started shedding her weight.

In an October 2019 interview, the 33-year-old actress said of her weight loss:

"Sadness is the only thing that’s ever made me lose weight. Two years ago, during the last gasps of my six-year relationship, I lost weight. Not a little weight. Not the kind of weight where your bras feel kind of generous and you marvel at your subtle but oh-wow-it’s-definitely-there-now clavicle. No, it was a lot of weight."

She also admitted to losing double-digits weight at the twilight of her relationship:

"At the end of that relationship, the weight was falling off in double digits but, as I explained to my closest friends, I experienced none of the heady triumph of the women showing off their formerly-huge jeans in a full page ad for weight-loss pills."

Lena was also candid in her admission of her struggle with prescription medication overuse. The drug addiction exacerbated her weight loss. It was during this time that she also had a complete hysterectomy due to her endometriosis.

What Caused her 24-Pound Weight Gain?

After a turbulent few months, Lena got stock of her life and had a lifestyle change. Rather than worrying about her weight, she instead focused on her health.

The first thing she did was go into rehab for her addiction. As a by-product of the rehab, her appetite also increased, and she acquiesced.

'"I completed in-patient treatment, known to the public as rehab for trauma and prescription drug dependency.

"It took a week, but as the drugs left my body and I made peace with the fact that I was here to heal. I got real hungry, real fast. If it wasn’t nailed down, I ate it."

She also got into a much healthier romantic and sexual relationship that her previous one, which made her feel fulfilled.

One of the ways she manages to not go overboard is to keep a food diary:

"If I write down what I eat, I’ll have to hold myself accountable and accountable people don’t gain thirty pounds in a single month."

She went on to explain that despite being body positive, she is also a realist:

"Yes, I am body positive but I am also a young single woman working in Hollywood and I can’t just pretend that weight is not a thing. It’s a thing."