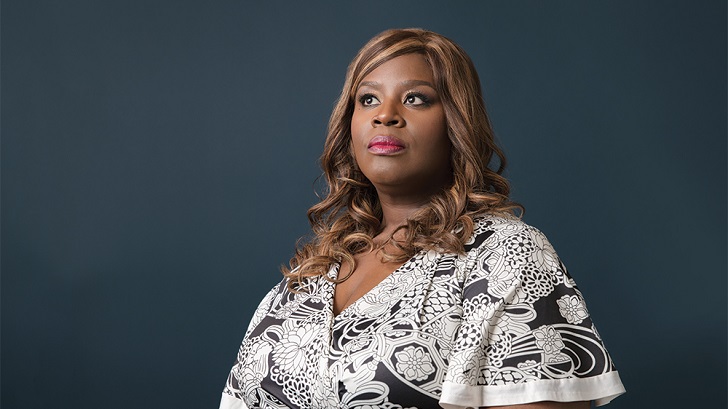 Marietta Sangai Sirleaf, commonly known as Retta, is an actress and stand-up comedian. She rose to prominence with her role as Donna Meagle on NBC's Parks and Recreation. Her works in Fracture and Good Boys also garnered her audience and critic's praise. Currently, she appears in NBC's dramedy, Good Girls.

In the article, we will look at seven exciting facts of Retta.

How Old Is Retta?

Retta Is Of Liberian Descent

Retta's parents were an immigrant of Liberia who raised her in New Jersey. As a matter of fact, Retta is the niece of Ellen Johnson Sirleaf, 24th President of Liberia.

The 50 years old actress graduated from Matawan Regional High School in 1988. She was an honor student with memberships in every academic club and student government group. Retta attended Duke University and graduated in 1992.

Is Retta Related To Ginuwine?

Retta is not related to Ginuwine. The 49 years old musician appeared in NBC comedy Parks and Recreation as Retta's on-screen cousin. Retta, who portrayed Donna Meagle in the show, appeared as a recurring cast in the first two seasons and later became series regular.

Meanwhile, Ginuwine appeared on the show as himself twice. He appeared in season six finale, Moving Up, and the seventh episode, Donna & Joe, of the seventh season.

Retta was a pre-med student at Duke University on her way to graduating with a degree in Sociology. However, she decided to take a year off before medical school and started working as a chemist. At this time, she also did stand-up at Charlie Goodnights Comedy Club, North Carolina.

Retta is not married as of now. Moreover, she also prefers keeping her love-life under wraps. For this reason, it is not known if she is dating someone at the moment or enjoying perks of single life.

Nevertheless, in NPR's weekly news-based radio panel show, Wait Wait... Don't Tell Me!, she spilled out some beans about her previous relationship, though vaguely. She dated a man who lived in Georgia. As a matter of fact, he was the one who nicknamed her Retta, which she decided to use while performing stand-up comedy.

What Is Retta Net Worth?

The 50 years old actress net worth is estimated to be around $2 million. Her profession as an actor and comedian can be credited to the estimated fortune.

Retta started her professional stand-up career in 1996. Since then, she has gone on to perform stand-up in Comedy Central's Premium Blend and The Jenny Jones Show's Comedy Divas Showcase. Moreover, she has appeared in numerous shows as It's Always Sunny in Philadelphia, Parks and Recreation, to name a few.