Who is Bryan Le(RiceGum)? Know His Bio, Age, Height, Net Worth, House, Girlfriend. 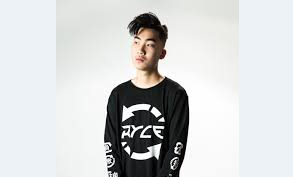 Body and Relation Status of Who is Bryan Le(RiceGum)? Know His Bio, Age, Height, Net Worth, House, Girlfriend.

Born as Bryan Le, and professionally known as RiceGum is an American Gamer, Musician as well as YouTube Personality. Bryan started his YouTube career in the year 2012 and launched the channel named, RiceGum. His channel has accumulated 10 million subscribers. Some of his popular videos like THESE KIDS MUST BE STOPPED, and it featured the famous internet personalities including Jacob Sartorius and Loren Beech. In addition to that, his video series MUST BE STOPPED with random kids’ videos, some internet trends or just anything else he found annoying or ridiculous. In the year 2012, he announced his partnership with Machinima and in 2017, he formed CloutGang with Alissa Violet and Ricky Banks.

Bryan Le was born to Vietnamese origin father and Chinese Origin mother but has not disclosed their names in the public. He was born on November 19, 1996, in Las Vegas, Nevada, U.S.A and has American nationality. RiceGum belongs to the Vietnamese ethnicity and has now reached the age of 21 years. He was born as Bryan Le and was raised by his parents. For his education, he joined Sierra Vista High School in Nevada. As he could not make through, he dropped out his college.

RiceGum is a talented person, who is yet to exchange his rings. But once there was a huge rumor of him being in a relationship with, Alissa Violet. Other than this, there is no information regarding his relationships, girlfriend or affairs.

Bryan Le(RiceGum)’s Career and Net Worth

In October 2012, with the channel name, RiceGum, he started his Youtube career. In the very same day, he created his Twitter account. His first video was all of Duty: Mw3 Gameplay LifeStory: BabySitting: RICEGUM, and after that, he created and uploaded various videos. Currently, his channel is subscribed by more than 10 million subscribers. In addition to that, his next Youtube channel, RiceGumExtra has gained 1.5 million subscribers with over 43 million total views.

After his success, he collaborated with various Youtube and Internet personality for his channel and videos. In the year 2017, RiceGum was ranked at the position of 25 on the Billboard Emerging Artists chart. Currently, RiceGum co-operates with the Youtubers including Logan Paul, Lil Uzi Vert, Alissa Violet, FaZe Banks, and others.

From his YouTube channel, he accumulates around $125,000 a month. Thus, his net worth is assumed to be $1 million and from it, he is living a luxurious life. He resides in a $10 million mansion along with his friends. His house is located in Los Angeles, California, U.S.A.