Oldest of Hemsworth-Brothers, Luke Hemsworth Is Famous for Hickok-Seven Facts About Him 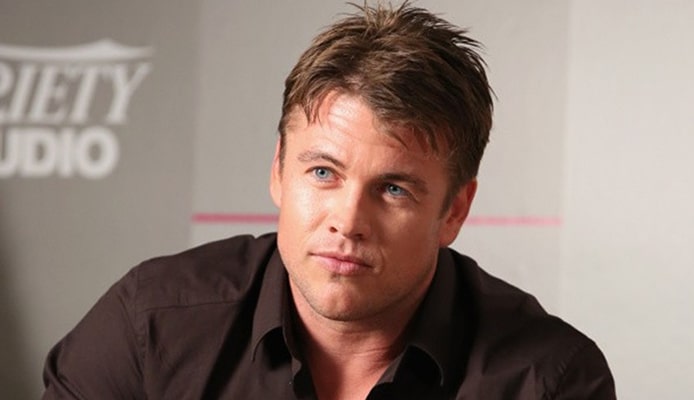 The eldest of Hemsworth-trio, Luke Hemsworth, is best known for his portrayal of Ashley Stubbs in HBO sci-fi series Westworld. Hemsworth made his acting debut from a soap opera Neighbours in 2001, from which he created a prominent buzz in Hollywood.

Today on seven facts, we are going through Hemsworth's family, profession and married life. So, let's begin.

The Westworld star was born on 5th November 1981 in Melbourne, Australia. Luke was born the oldest of three siblings to mother Leonie Hemsworth and father, Craig Hemsworth. His grandfather belongs to Dutch descent while his maternal grandmother has Irish ancestry. Moreover, Luke Hemsworth also has English, Scottish, and German ancestry.

His mother is an English teacher, while his father is a social service counselor.

6. He Trained Acting at National Institute of Dramatic Art

Melbourne-born actor Luke Hemsworth spent a significant time of his childhood in Phillip Island, a small Australian island southeast of Melbourne, where he moved with his family at 17.

After his high school, Hemsworth trained acting at the National Institute of Dramatic Art in New South Wales.

Luke made his acting debut after graduating from NIDA. His first on-screen role was in an Australian Soap Opera Neighbours, in which he played the role of Nathan Tyson.

5. Got a Bizarre Nickname During Childhood

In an interview with Entertainment Weekly, Hemsworth revealed he used to play Australian rules football as a teen. He said he played football for ten years when he was nicknamed "Roids." Luke had oversized calves, thigh, and biceps, so his friends believed he used steroids for his body growth. However, Luke said he never used steroids.

4. Made a Cameo in Thor: Ragnarok

In the film, he portrayed his brother's character Thor, the God of Thunder, in a play within the film.

After over a decade since Luke Hemsworth began his acting career, he landed his first lead role in a movie, playing Wild Bill Hickok in an American Western movie Hickok. The film was released on July 7, 2017.

The film also stars Trace Adkins, Kris Kristofferson, and Cameron Richardson. A year later, Hemsworth landed one of his most notable role of Ashley Stubbs in the Netflix series Westworld. The film also stars Evan Rachel Wood, Thandie Newton, Jeffrey Wright, and Tessa Thompson. The third season of the series is scheduled to release in mid-2020.

2. Net Worth of Luke Hemsworth

Above all, success in any discipline is also depicted through the riches anyone accumulates during their career.

Luke has played in over dozen of television series and movies throughout his career, from which he has collected a hefty sum of money. As per Celebrity Net Worth, Luke Hemsworth has a net worth of $3 million in early 2020.

While Luke Hemsworth's professional life is crystal-clear to his fans, his personal life is relatively less exposed in the media. He is happily married to Samantha Hemsworth, whom he married on December 15, 2007.

The husband and wife have been blessed with four children in their more than a decade long married life. Their first child, a daughter, Holly Hemsworth, was born in 2009. One year later, they were blessed with their second daughter Ella Hemsworth. They gave birth to their third daughter Harper Rose Hemsworth in 2012, and they welcomed their only son, Alexandre Hemsworth, in 2013.