Home seven-facts "You" Actor Penn Badgley: Seven Facts About His Marriage, Relationship, and Net Worth

"You" Actor Penn Badgley: Seven Facts About His Marriage, Relationship, and Net Worth 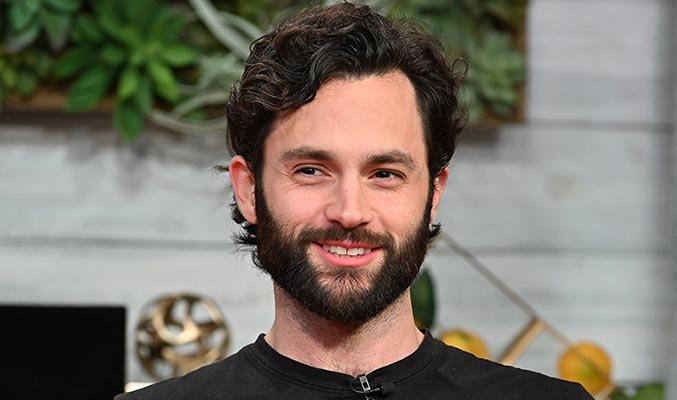 Penn Badgley is an American actor, who is famously known for his role as Dan Humphrey in The CW teen drama series Gossip Girl. He is also known for his performances on John Tucker Must Die, The Stepfather, and Greetings from Tim Buckley among others. Badgley currently plays the role of Joe Goldberg in the Netflix series "You".

Here, you can find everything about the Baltimore native actor.

The 33-year-old American actor, Badgley is married to singer Domio Kirke since 2017. The couple, who had an encounter in 2014, started dating shortly after their first meeting. And after three years of courtship, Badgley and Kirke exchanged their vows on 26th February 2017.

6. Other Relationships of Penn Badgley

Before Penn Badgley started dating his current wife Kirke, he dated a couple of celebrities. Badgley dated actress Blake Lively from 2007 to 2010.

Afterwards, he was in a relationship with Zoe Kravitz. Badgley and Kravitz dated for two years from 2011 to 2013.

5. Badgley's Parents Divorced When He Was 12

Badgley was born in Baltimore, Maryland, to Lynne Murphy and Duff Badgley on November 1, 1986. He was just aged 12 when his parents divorced. After their separation, Badgley split his time between Woodlake, Virginia and Seattle Washington.

4. He Did Voiceovers for Children's Radio Stations

Actor Penn Badgley started working as a voiceover artist for children's radio stations soon after he transferred to the Charles Wright Academy.

3. Debuted From Will & Grace

Badgley relocated to Hollywood while he was eleven and started following his passion for acting. Badgley started his acting career in 1999, from his appearance as Todd in an episode "I Never Promised You an Olive Garden" of American sitcom series Will & Grace.

Before Badgley made his acting debut, he also thought of pursuing singing. He had also recorded a pop single in 1998.

2. Plays the Main Role in You

Penn Badgley starred as Joe Goldberg in Lifetime's television adaptation of You. The series premiered on September 9, 2018. He works alongside the likes of Elizabeth Lail, Luca Padovan, Zach Cherry, Ambyr Childers, John Stamos, and Shay Mitchell among others.

The Netflix series completed its second season run in 2019 and was renewed for a third season on January 14, 2020. And it is scheduled to be released in 2021.

Penn Badgley, who has been working as an actor for over a decade, has a decent net worth of $8 million as of 2019.