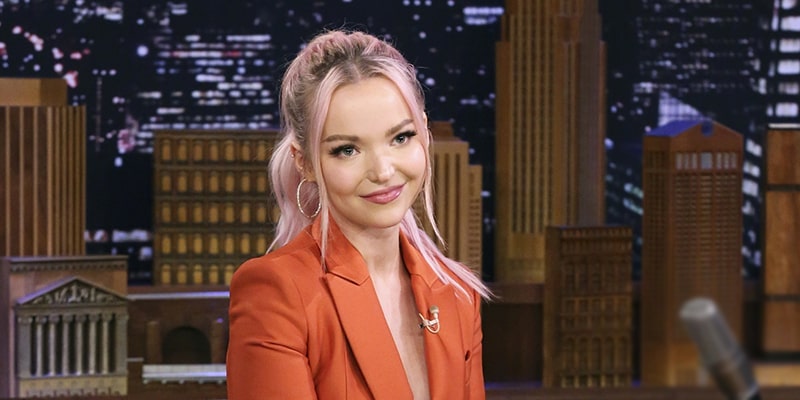 Dove Cameron won Daytime Emmy Award for Outstanding Performer in Children's Programming for her portrayal of Liv Rooney/Maddie Rooney in the Disney Channel teen sitcom Liv and Maddie. The 23-year-old American actress and singer is also known for playing Mal in the Descendants film series.

Here we present seven interesting facts about the actress:

Dove grew up in Bainbridge Island, Washington. She started acting in community theater at Bainbridge Performing Arts. She relocated to Los Angeles, Calif. at fourteen, where she sang in Burbank High School's National Championship Show Choir.

6. Spent Most of Her Childhood Days Traveling to India and France

In an interview with Entertainment Weekly, Dove Cameron revealed she spent most of her young years traveling to India and France. There she told her parents were jewelry importers, and she traveled along with them to huge warehouses and marble cutteries in India. Moreover, Cameron belongs to the French descent due to which, she also visited her ancestral home France time and again during her childhood.

5. She Adopted Her Name After Her Father's Death

Actress Dove Cameron was dearest of her father, Philip, who died in 2011 when she was 15 years old. Though she was named Chloe, her father always called her Dove or Dovey. So after his demise, she legally changed her name to Dove in her father's honor. Dove still shows her love towards her father in many of her social media posts.

On Father's Day 2018, she took to her Instagram writing:

happy father's day to this legend. Gone too soon. my best friend and my movie buddy. wish you could see me in the movies now! maybe you can. i love you forever daddy.

4. Dove Cameron Is Worth $3 Million

Actress Dove Cameron has worked in many television series and films in her career spanning over one decade. Besides the widespread popularity, Cameron has also earned a hefty sum of money from her career. As of 2020, Cameron's net worth is estimated to be around $3 million.

3. She Was Engaged to her Liv and Maddie Co-star Ryan McCartan

The Descendants star was famously linked with her Liv and Maddie costar Ryan McCartan. The couple started dating in August 2013 and remained together until 2016. Back in April 2016, after around three years of dating, Cameron and McCartan became engaged. McCartan revealed their engagement with a picture on his Instagram, where he referred to her as his "fiancee."

Within six months from the revelation, the couple called off their engagement. Ryan took to his Twitter, revealing the split. He wrote:

Dove has decided this relationship isn't what she wants. We still love each other very much. Please be sensitive, as this is painful.

In an interview with Seventeen, Cameron opened up about her abrupt split with Ryan. There she said she felt pressured to "make everything look perfect all the time" while she was together with her Liv and Maddie costar.

Following her split from Ryan McCartan in October 2016, the songstress started dating her Descendants co-star Thomas Doherty. The pair reportedly started dating in December 2016. In December 2017, the couple celebrated their one year together. Cameron shared a cute snapshot of her jumping into Thomas' arms and kissing him, and she wrote "one year ago today" alongside the post.

Meanwhile, British-born actor Doherty revealed their first date was at a pancake cafe. In April 2018, Cameron revealed she wanted to marry Doherty. Moreover, Cameron always praises her beau Doherty openly on her Instagram post.  She frequently shares her photos with her boyfriend on her Instagram, where she has boasted more than 33 million followers as of early 2020.

Dove Cameron stands 1.57 m (5 ft 2 inches) tall. The actress happens to be one of the short actresses making their impact in Hollywood recently. Back in November 2017, Cameron shared a throwback photo of her with Canadian heartthrob Ryan Gosling.

In the caption, she wrote:

One of the strangest throwbacks i have; 13 years old me and ryan gosling.i performed with his band @deadmansboness in a club seattle before i was an actor.

In the post, Cameron also mentioned that he had not grown an inch since the time.