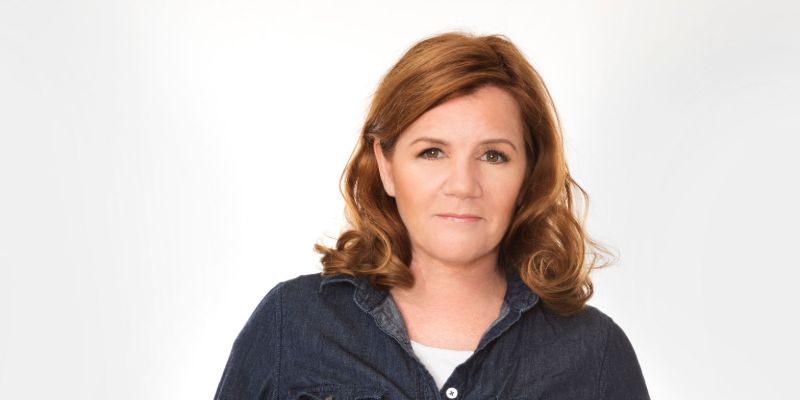 American actress Mary Megan Winningham has been active in the entertainment industry since 1976, earning an Academy Award nomination from her phenomenal performance.

From learning sign language for Love Is Never Silent to playing as Wendy Beamish for St. Elmo's Fire while pregnant with her second child, the actress has stayed dedicated to her work in every stage of her life. Here we will learn seven exciting facts of the actress.

Winningham, born on May 16, 1959, is currently 60 years old. Her father, Sam Neal Winningham, is a former football coach and Quarterback from 1948 to 1949 for Colorado Buffaloes football.

Moreover, Neal served as the Chairman of the Department of Physical Education at Cal State University, Northridge, after working as the head coach at the University for six years. Mare's mother, Marilyn Jean Maloney, taught English and worked as a counselor at Grant High and Monroe High School.

The 60-years old actress grew up in Northridge, California, along with her three brothers and one sister. Like her mother, Mare's sister is an English teacher at Grant High School. Among three brothers, one is an economist while another teaches Transcendental Meditation. Patrick Winningham is also an actor and singer like his sister.

In fact, Winningham and Kevin Spacey participated in a school production of The Sound of Music together in their senior year, where Kevin played as Georg Ritter von Trapp while Mary played Maria von Trapp. Both were the co-valedictorian in the graduation of the class in 1977.

What's interesting is that her performance in the play caught the eye of a casting agent who approached her with the role in the movie Special Olympics.

5. Started her career as a Singer

Winningham has released four albums with the recent being What's Left Behind released in 2014. She began her career as a singer in 1976 after singing a Beatles song on The Gong Show.

Always having an interest in working as a songwriter from an early age, she stated,

“I was writing songs and playing in little clubs in the 1970s. I thought that would be my livelihood.”

She is a folk singer and exclaims that she has been a folk music enthusiast since teenager adding,

"My favorite live performances are when a singer pairs it down to just them and their guitar or them and the piano. I am just crazy for a folk show." in an interview with Forbes.

Winningham met her first husband, A Martinez, in the set of The Young Pioneers. The ex-couple who married in 1981 divorced after only a few months.

The couple lived on a farm high in the Sierra Nevada that had no television. In the Los Angeles Times, she talked about her pastoral life,

“I start supper at 4. The kids set the table at five, and then we eat by candlelight, and we talk because that is what there is to do. The kids are getting to be very lively conversationalists."

After 15 years of marriage, the couple ended their relationship in 1996. Later in 2008, she married director and producer Jason Trucco; however, the couple divorced in 2012.

3. Net Worth of Mary Winningham

With a career spanning over four decades, Winningham has appeared in nearly 100 television series and films. She has received two Emmy Awards with one Oscar nomination for her performance in the movie, Georgia.

2. Has Appeared in Four Seasons of American Horror Story

Winningham returned for the fifth season, American Horror Story: Hotel show, yet again but this time appearing in eleven episodes in contrast to her limited role in previous seasons. Mary then guest appeared in the seventh season called American Horror Story as Sally Keffler.

1. She Loves Being Part of The Outsider

Mary Winningham appears on Stephen King's novel based mini-series The Outsider. She was announced as the main cast of the show in January 2019 alongside Cynthia Erivo, Bill Camp, Julianne Nicholson, Yul Vazquez, Jason Bateman, Ben Mendelsohn, Cynthia Erivo, and others.

When asked about how she felt working with the actors Ben Mendelsohn and Jason Bateman who also happens to be the producer of the show, she added,

"Ozark is where I found out about Jason as a director. It was really fascinating to see his Ozark work and then subsequently to work for him. And I pretty much had all my scenes with Ben, and I adore him."