Who Is Violett Beane? Find Out More About Her Personal Life, Career, And Net WorthNet Worth, Family, Boyfriend, Bio, Age &#038; Body Measurement 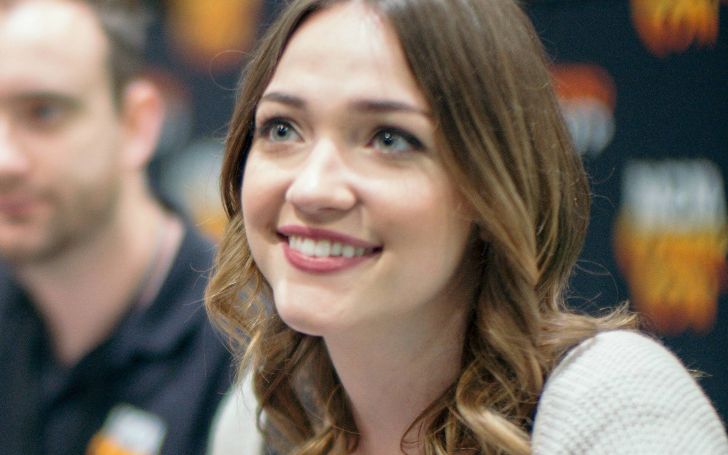 Body and Relation Status of Who Is Violett Beane? Find Out More About Her Personal Life, Career, And Net WorthNet Worth, Family, Boyfriend, Bio, Age &#038; Body Measurement

American television and film actress Violett Beane is famous for her roles in CW’s hit The Flash. She has worked on various TV series and films in her career. Moreover, she is recognized for her outstanding role in the mystery drama TV series The Leftovers as Taylor. What is she doing at present? Who is she dating right now? Have a look at her biography for more details regarding her amazing career and personal life.

Violett Beane was born in St. Petersburg, Florida on May 18, 1996, and she moved to Austin, Texas, where she grew up. She was born under zodiac sign, Taurus and has reached the age of 22 years. She holds American nationality and belongs to the white ethnicity.

After moving to Austin, she started to love with performing, and took theater all throughout middle and high school. She turned her focus towards pursuing acting professionally during her senior year of high school.

Regarding her personal life, the bold and beautiful, Violett Beane is currently in a relationship with Paul Grant aka Eyelid Kid, a singer and musician. The couple started their relationship since 2016 and are going well to date.

Moreover, they are open about their relationship and do not hesitate to share their romantic affair to the public. They often share pictures together in their social media. It seems like, the couple shares a strong bond of love and trust with each other.

Even the lovebird worked together in the music video, Landscape. Till date, there are no such rumors about their break up neither there is news about their marriage. She currently lives in New York to work on the series, God Friended Me.

Violett Beane’s Career and Net Worth

In the year 2015, she started her career with the second season of HBO’s TV series Leftovers. In the same year, she got a chance to appear as Jesse Chambers Wells in CW productions The Flash, which helped her to grow her fame. Similarly, she has appeared in American comedy film Slash in 2016. The film stars Michel Johnston, Hannah Marks, Michael Ian Black and Missi Pyle, among others.

Violett Beane made a big screen debut with the indie horror film, Flay, in 2017. The movie stars Elle LaMont, A.Michael Baldwin, Sarah Joy B, among others. She has been the part of the music video, Landscape, which was her first directorial venture; however, it’s a lesser known fact.

She was cast in the Blumhouse supernatural thriller film, Truth or Dare in 2017, where she portrayed Markie Cameron. The film was released in theaters on April 13, 2018. As of 2018, she has starred opposite Brandon Michael Hall, in the CBS Tv series God Friended Me.

Violett Beane’s net worth is around $1 million at present, which is similar to actor Adam Hagenbuch. The Flash’s actress has a good sum of earnings from her acting career. As an actress, she definitely lives a luxurious life. Similarlly, she starred in the movie, Truth or Dare that grossed $94.8 million at the box office.